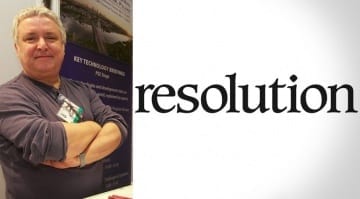 We say farewell to Zenon Schoepe (of Resolution magazine)

This news comes as a shock to many as he was seen only last week at Musikmesse. Zenon was a strong figure in our industry and will be greatly missed.

Drawing on their previous release of the HRM-7's, Pioneer release the HRM-5 and HRM-6 studio monitor headphones.
ADVERTISEMENT