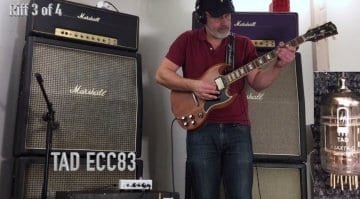 Gibson is snubbing the biggest musical instrument show of the year at Anaheim, so no NAMM 2018 stand for the US guitar giant. What does this say about the state of the company?
ADVERTISEMENT